Babcock said Rodriguez turned & fired on him
with a carbine. Breaking up a gunfight,
he said. Patrolman David Babcock, more phantom

in history’s catalogue of [ ]. We ransom
the dead, American birthmark. American alibi?
Babcock said, Rodriguez turned & fired on him 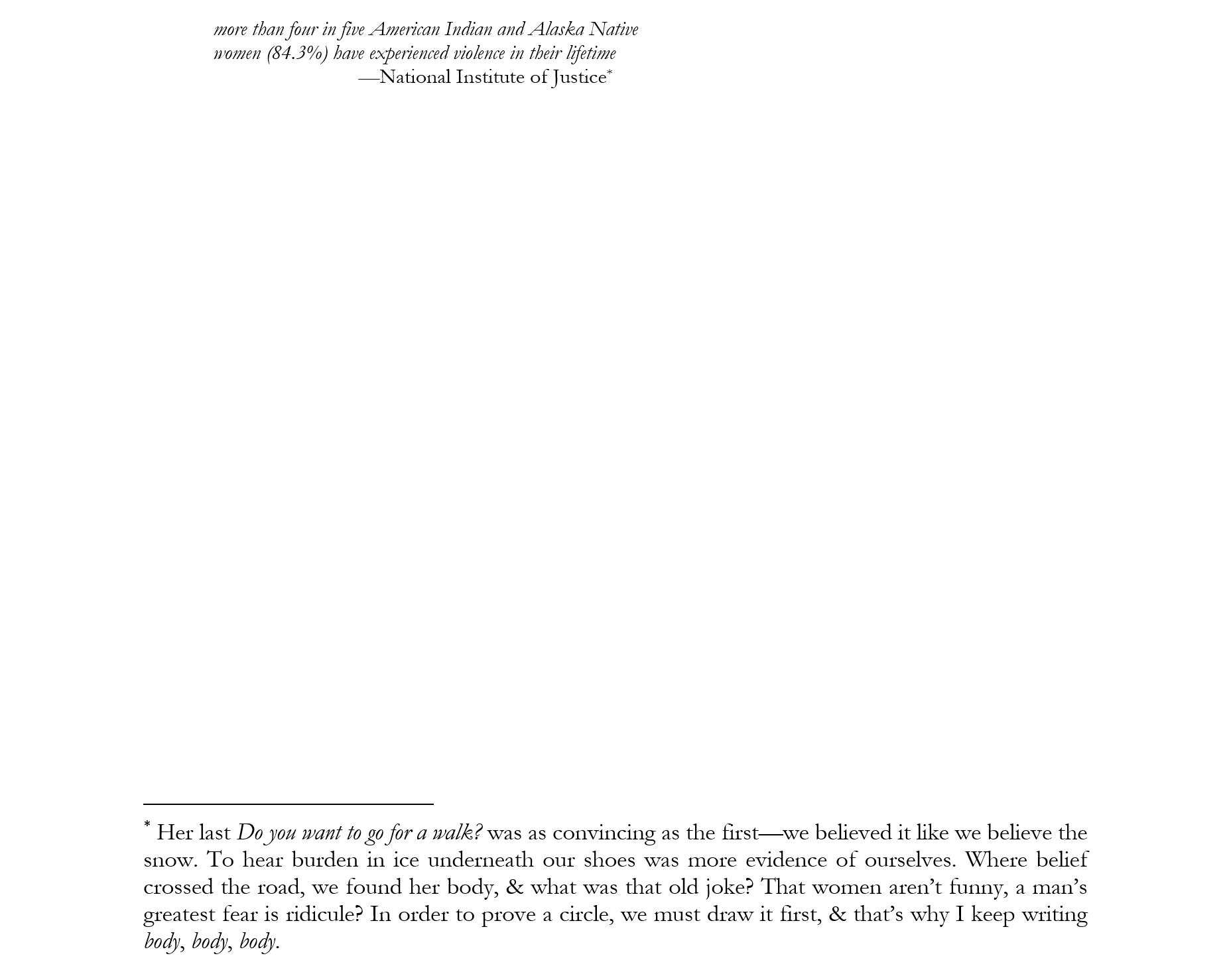 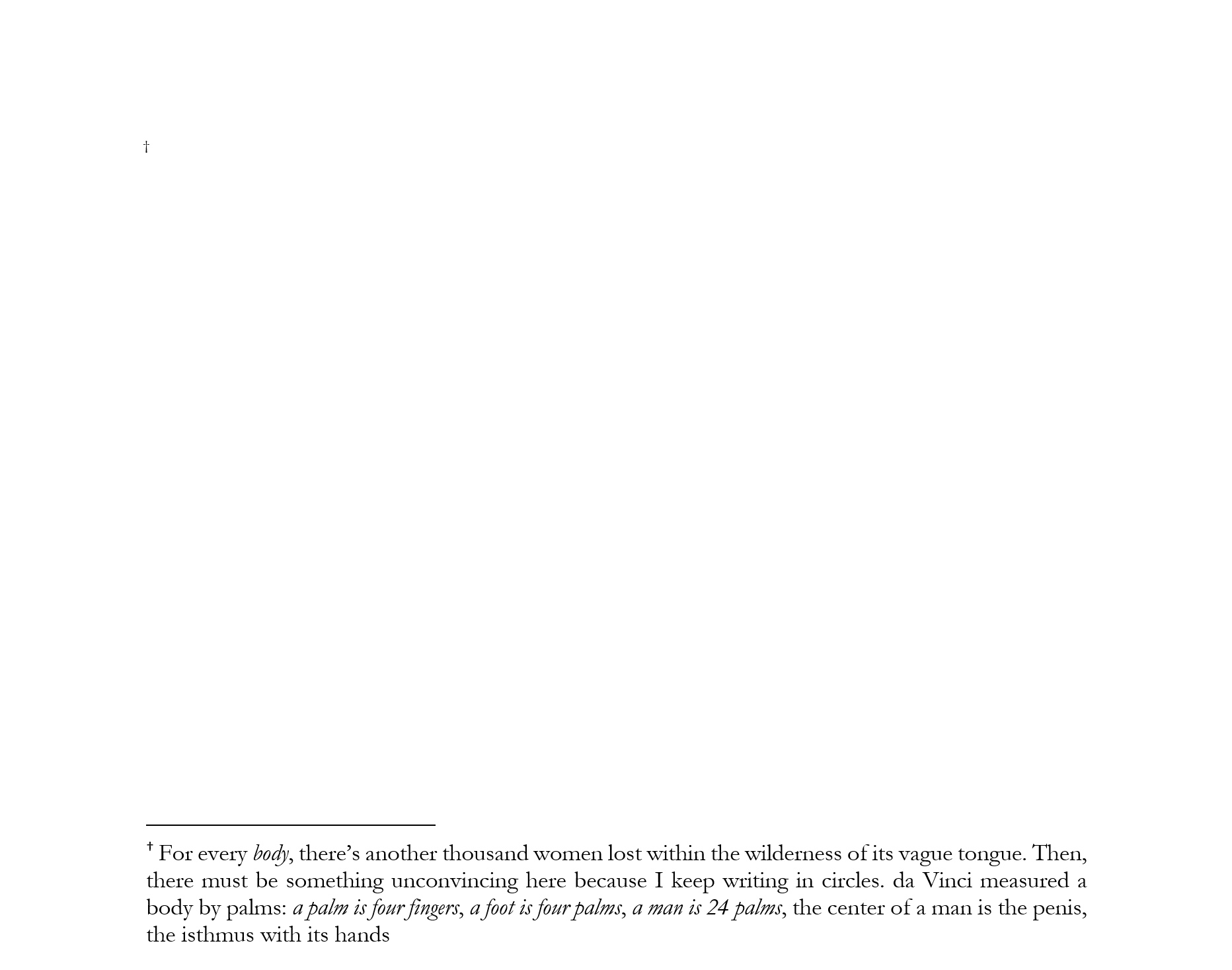 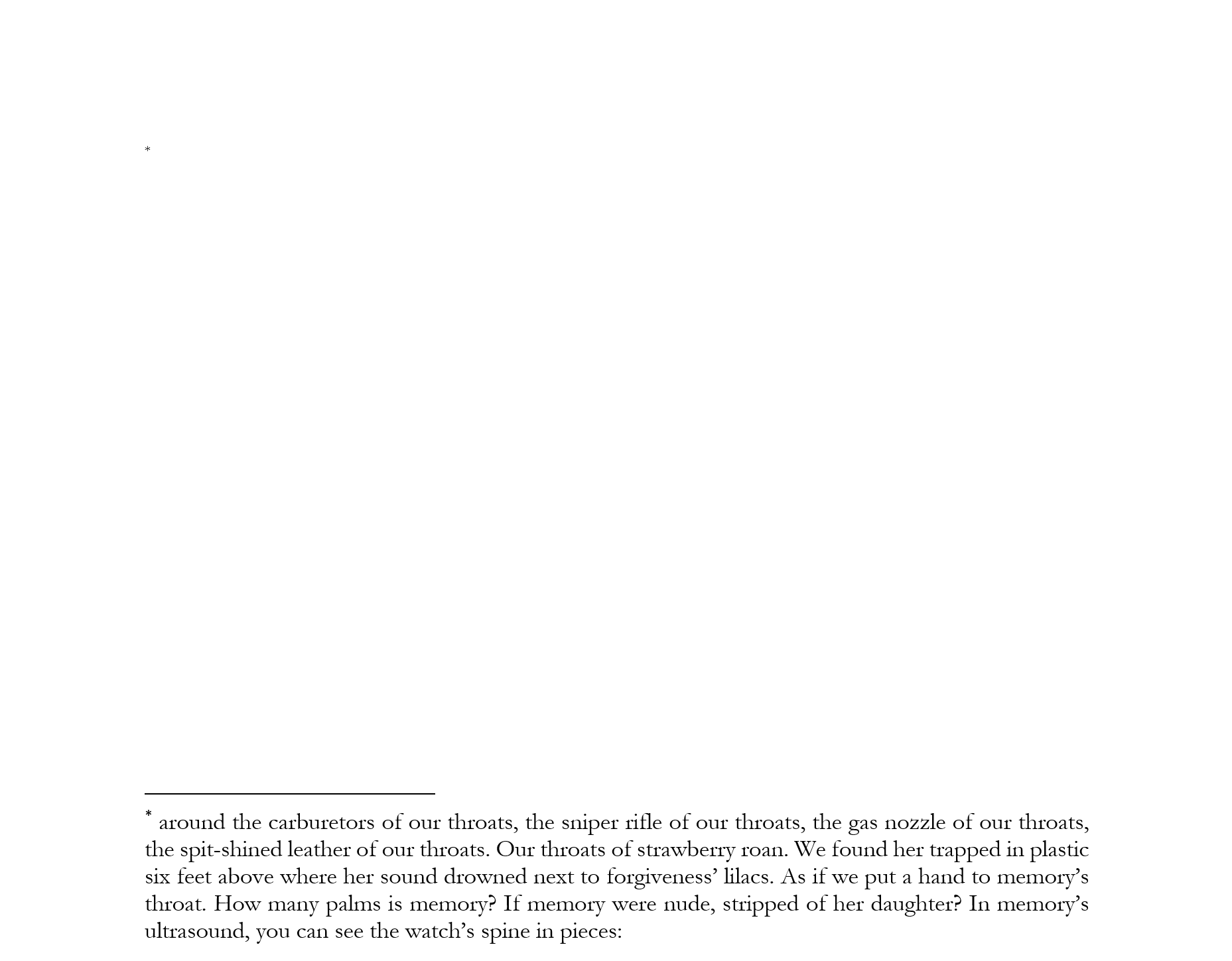 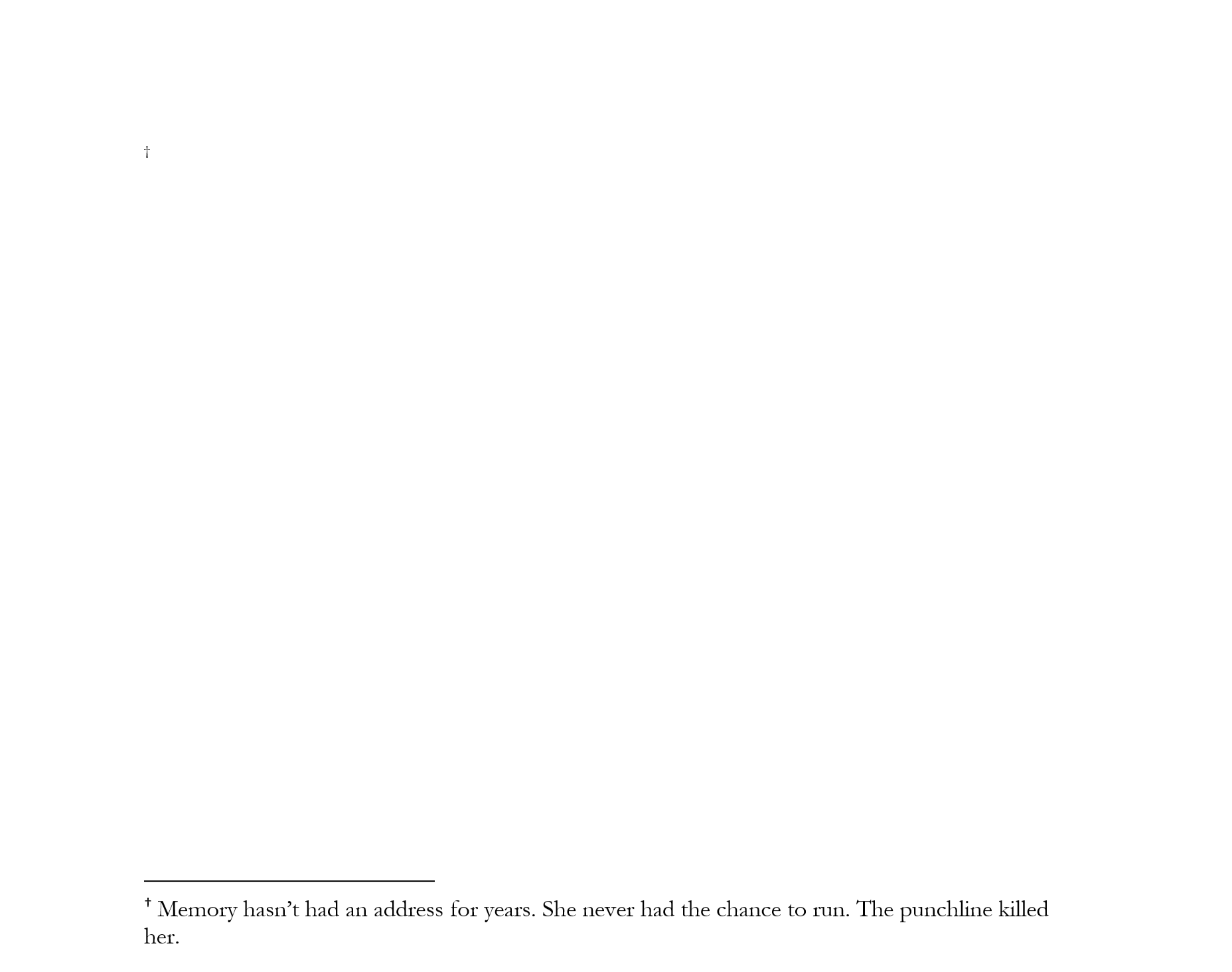 Iliana Rocha is the 2019 winner of the Berkshire Prize for a First or Second Book of Poetry for her newest collection, The Many Deaths of Inocencio Rodriguez, forthcoming from Tupelo Press. Her debut, Karankawa (University of Pittsburgh Press, 2015), won the 2014 AWP Donald Hall Prize for Poetry . The recipient of a 2019 MacDowell Colony fellowship, she has had work featured in the Best New Poets 2014 anthology, as well as The Nation, Virginia Quarterly Review, Latin American Literature Today, RHINO, Blackbird, and West Branch, among others, and she serves as contributing editor for Waxwing. She earned her PhD in Literature and Creative Writing from Western Michigan University and is Graduate Director of Creative Writing at the University of Central Oklahoma and lives with her three chihuahuas Nilla, Beans, and Migo.   WEB
BACK
SUBMIT