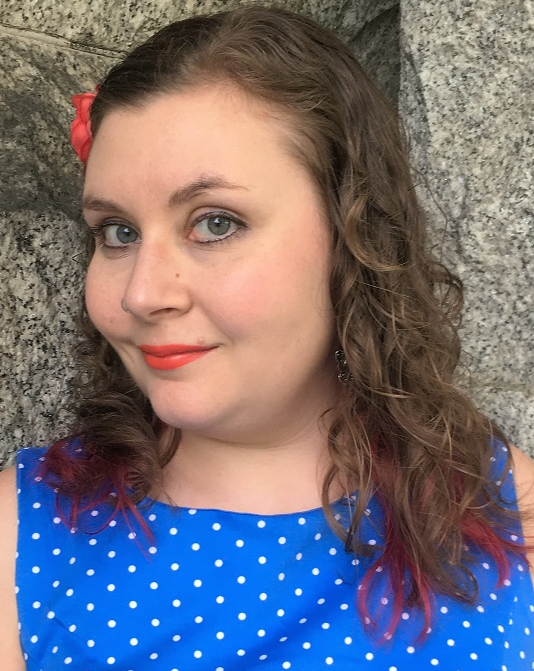 Ellie White holds an MFA from Old Dominion University.She has won an Academy of American Poets Poetry Prize and has been nominated for both Best of the Net and the Pushcart Prize. She is the author of two chapbooks, Requiem for a Doll (ELJ Publications, 2015), and Drift (Dancing Girl Press in 2019. Her first full-length collection was released by Unsolicited Press last week. She is a social media editor and reader for Muzzle Magazine. Twitter: @elliew_writes WEB

Drift has a uniquely dark tone, do you feel that most of your work follows suit?
Yes. But I think the rest of my work has a strong undertone of hope whereas Drift is pretty much just a compilation of some of my darkest pieces.

What would you say to critics of poetry about trauma?
Go read something else.

Do you think that trauma is necessary to create evocative art? Do you think these types of poems speak to a larger audience?
I don’t think trauma should ever be considered necessary for anything. Trauma is awful and people who haven’t experienced much of it certainly shouldn’t think their art won’t be as good because they haven’t suffered enough. As to whether poems about trauma speak to a larger audience, I generally assume so because nobody has a perfect life.

Some of the poems in Drift embody such visceral/violent imagery, what inspired you to create these worlds and characters in this way?
These poems are based on my personal experiences with nightmares and sleep paralysis. I’m not sure how these things get into my head because I hate scary movies. I can’t watch violent shows. I’m kind of a big baby about that stuff.

Language in My Grandfather and Without Her Skin speak to detachment, mostly from the characters heads, loss of skin, the complicated relationships we have with our bodies, and with loved ones. I’m amazed and inspired by your ability to capture so much in so few lines. What led to the use of such concision in the book?
I have trouble writing at length about anything to be honest. I think it’s partly due to a lack of time and energy. Writing poetry takes a tremendous amount of focus, and I can’t sustain that focus for long, so I’ve learned to be really efficient in the time I have.

When/where did the idea for Drift come to you? Was it a planned project or something that just sort of happened?
I began writing these poems around the time I was finishing my MFA thesis. It took me a couple of years to have enough of them for a chapbook. I always thought of them as a series, though. I gave them numbers instead of individual titles.

Your line breaks are fantastic, do you naturally break your poems or do you go into a lot of reworking during the editing process?
I’m obsessed with line breaks. There are line breaks in other poet’s work that I’m genuinely envious of. I spend a lot of time thinking about where to break lines.

Why did you choose not to add titles to the poems in the book?
I wanted this collection to feel like drifting in and out of sleep. Kind of like those dreams where you keep thinking you’re awake and then you realize you’re not.

What’s next for you?
I have a full-length collection coming out on December 31, 2019. It’s called and for too long after, and it’s being published by Unsolicited Press.

Interview by Jen Hudgens
BACK