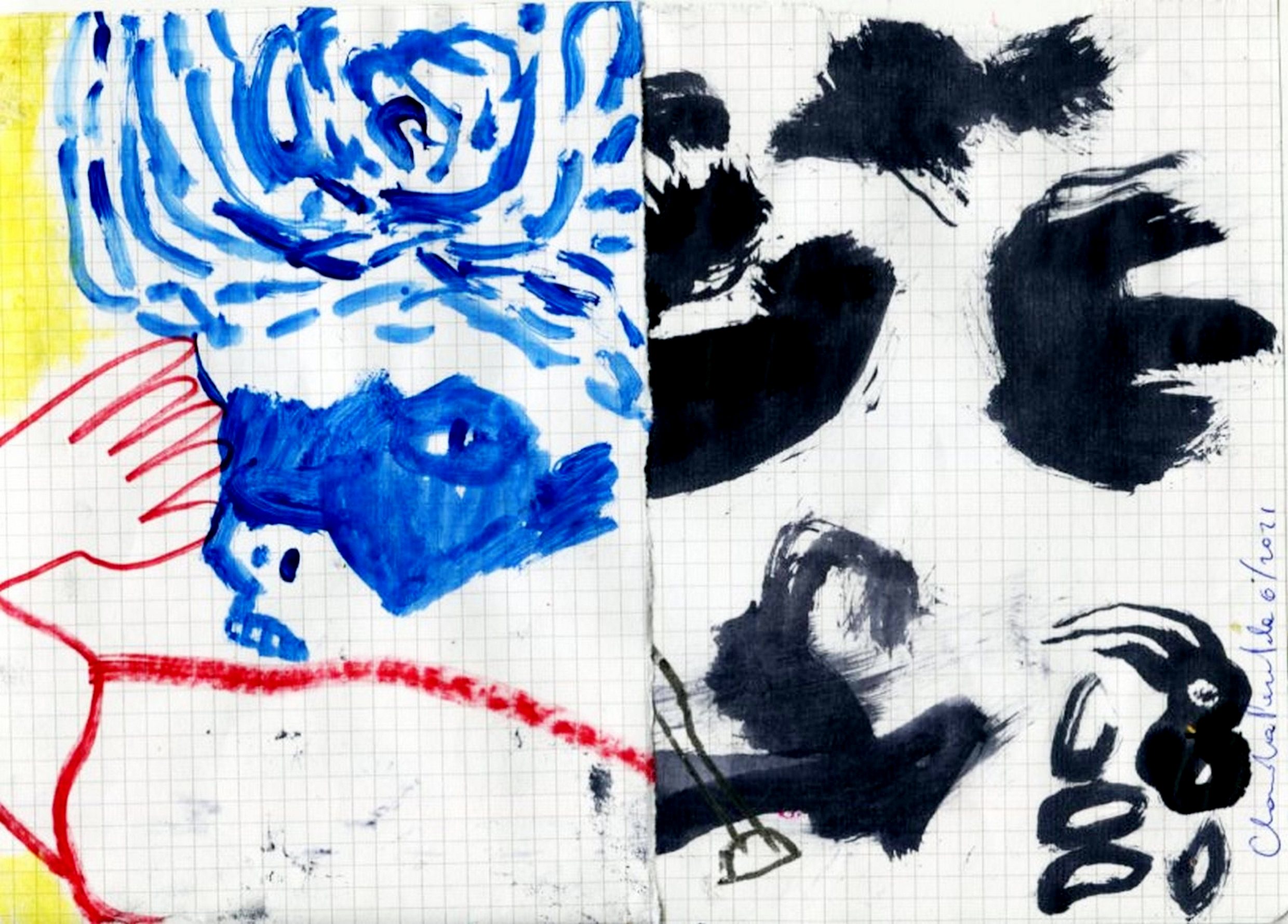 The red hot radiation spot on my left forearm is where Legion grabbed me to see for themselves that I was not lying about having cancer. It’s where the Creator kissed me while wearing Lutetium 177 lipstick. Old SawBones is Christian and calls this healing.
No matter, I have buffalo medicine. Radiation therapy is not the new buffalo medicine. The warmth is like the breath of an old bull reading John Berryman to me. The red spot on my arm is where sunlight sang itself to death; the buffalo hoof print left from my stampeding dream songs. The indention in my forearm left by the surgery is a buffalo wallow. As I sleep, the last remaining Numupis come out at night to lie in it for power.
Now, it’s a gun powder burn from a previous life. A dried-up watering hole where burnt horse meat was found at the bottom. An enemy’s old campsite leftover from the Red River War. It’s the color of the Sun when it comes down the hills carrying a hatchet and singing the very first peyote song ever.
At night my radiation scar feels cool like Custer’s half-breed daughter’s shadow when she leans over me as I sleep. Soft to the touch like my well-worn wallet she lifts.
My forearm has aged, feels more used than the rest of my body. It feels left behind to die at Ft. Sill after all the treaties have been struck with cancer.

Things to consider when visiting the birthplace of your favorite obscure American 19th-century poet: The railroad tracks, where the town’s one and only occult murder took place.
Bumping into the floating casket of the recently deceased social butterfly coming over to introduce herself.
The church bus with no one at the wheel circling the neighborhoods picking up members of the congregation.
Abandoned scraps of furniture huddled together on street corners, keeping vigil for their owners who skipped out on this month’s rent.
The town-librarian scouring the nearby woods, still, for original editions of the obscure poet’s works that were lost in the last tornado.
The obscure poet’s drunken father walking home, finally, after a long night. He’s getting even more lost among the streets looking for his home that had long been demolished and the land now a subdivision of even more severe monstrosities.

How I will approach you, offering body massages in a voice that smells of a storm from the other side of the river. An approaching thunderbird with astigmatism and a lisp you can really hear in its lightning. My intention of dressing you is a dress suit with sewn-over bullet holes; splashing luxurious fragrances all over the spot where sunlight sang itself to death.
My casket lips alchemically lock Into a conversation or a palm reading, either way, it’s an entanglement with a 12-foot electric eel that materializes as you liquify in the corner.
You’ll fall asleep to the metallic blue humming of the blowfly behind my eyes as the moonlight moves throughout the house like a gurney.

As the last breath of this small town, I commemorated the last filling falling out of the founding father’s exhumed skull by mailing the gold back to the Black Hills.
I get the pleasure of listening to church windows fog up. Enough to lift Day Star’s fingerprints off the glass. To the family bible losing its mind trying to remember all the names of the deceased. To the music soundtrack of the last jilted lover chasing after the one who stole her prosthetic leg for meth.
Night is creased lengthwise and soft to the touch like an occult detective’s fedora. The moon, like the broken buckle of a super-villain’s utility belt. To celebrate the arrival of the new highway there’s to be the town’s last battle between good and evil at the level of dance offs, playing cards, horseshoes, and bottle rockets.
The wingspans and broken fishing line in the trees make the bones of lost bounties a little blurry along the Saline River. The river water curls around the fish eggs in this month’s mouth. The minnow’s breath and all the worldly syllables it holds. The last Symbolist nude slowly slides under the water then rises to drip in the moonlight for the next hundred years.
This place will make you ask can its hypnotic spell extend beyond your death.

Sy Hoahwah is an enrolled member of the Comanche Nation of Oklahoma. He received his M.F.A in Creative Writing from the University of Arkansas. Hoahwah is the author of three collections of poetry, Ancestral Demon of a Grieving Bride (University of New Mexico Press, 2021), Night Cradle (USPOCO Books, 2011), and Velroy and the Madischie Mafia (West End Press, 2009). In 2013, Sy was a recipient of the National Endowment for the Arts Literature Fellowship. WEB