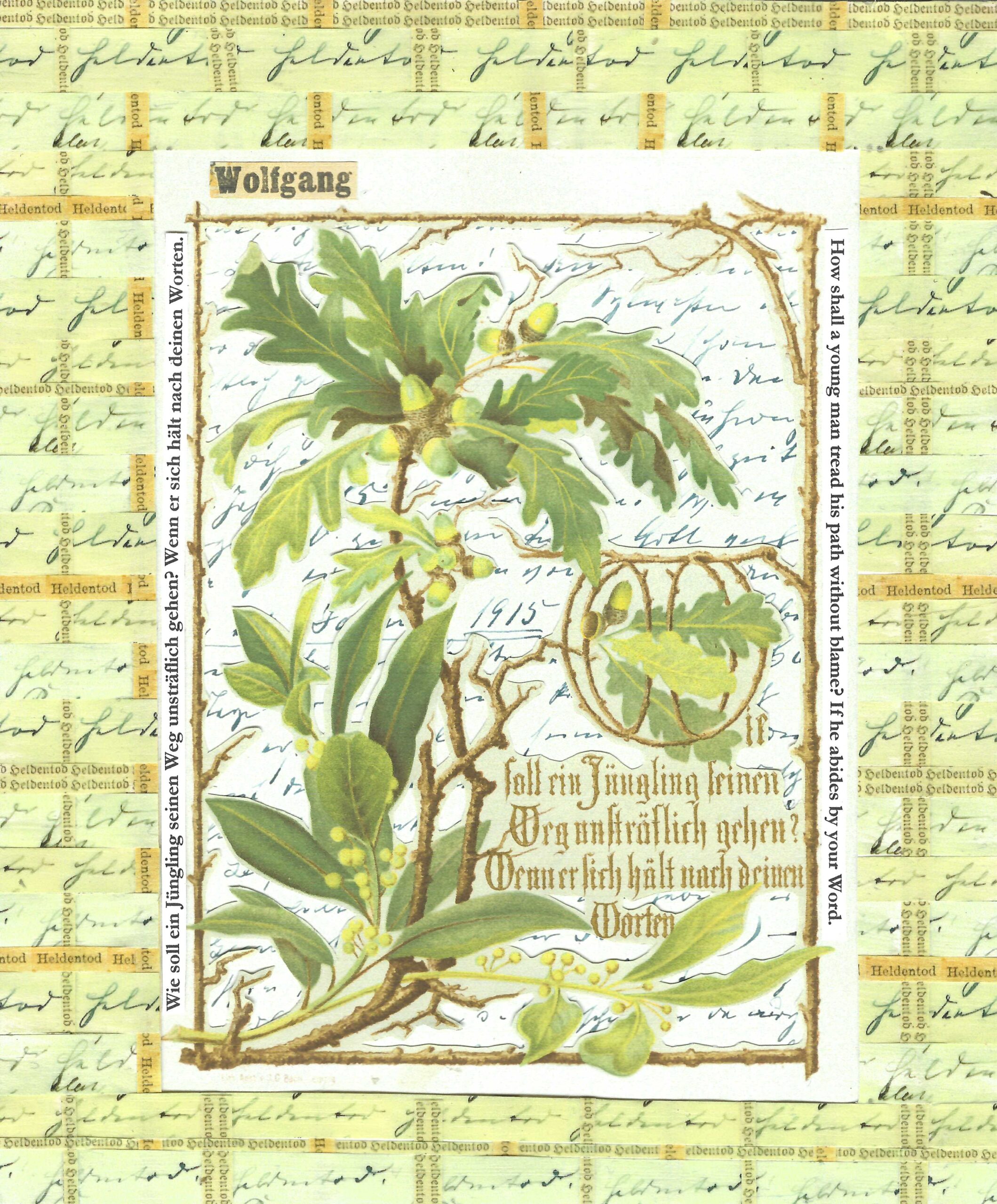 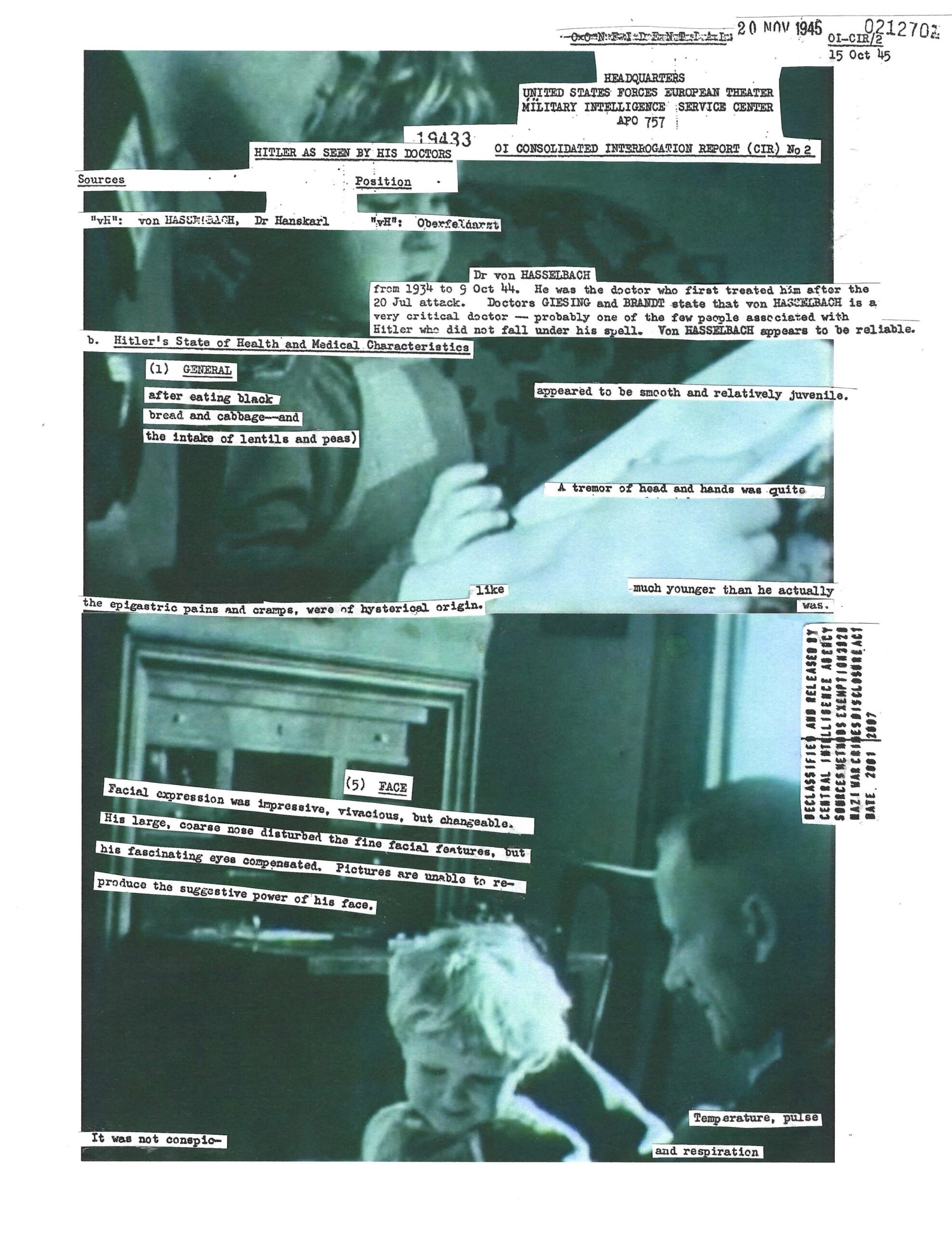 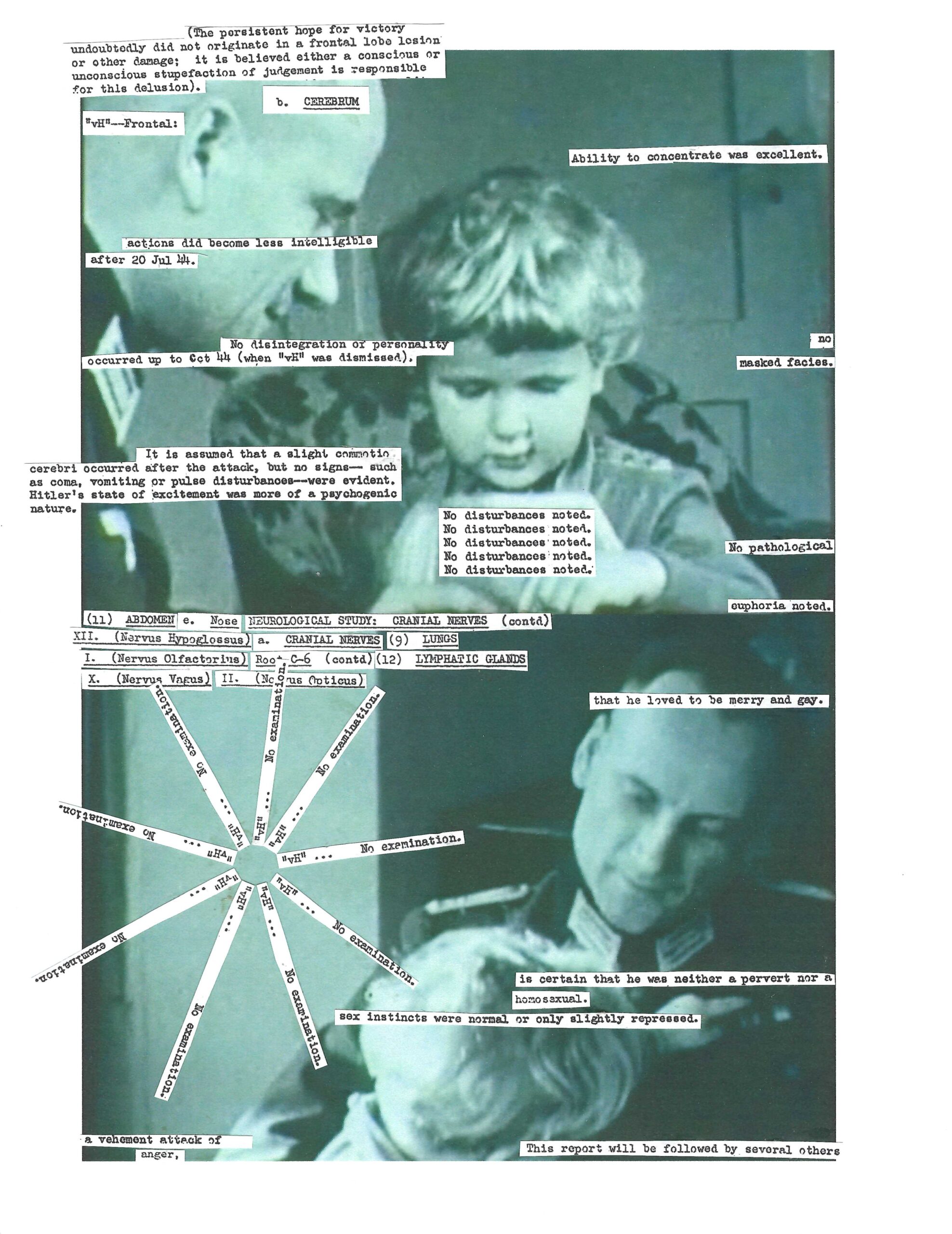 “Wie soll ein Jüngling is one of a series of pieces constructed from scans of my great-great-grandmother Elisabeth Tielsch’s Familienchronik, or “family chronicle,” written between approximately 1909 and 1919. The central portion of the collage is composed from a cutout of a decorative page from the book she wrote in and features a verse from Psalm 119:9 surrounded by oak leaves, a traditional symbol of military honor and national pride; the cutout is overlaid on a page from her manuscript from 1915 where she describes her pride at seeing her son Carl (my great-grandfather) for the first time in his uniform. The frame of the piece is constructed from scanned, duplicated, and woven bands of every instance of the word “Heldentod” (“hero’s death”) in the chronicle from when she wrote or pasted dozens of death notices into the text during the course of WWI. The collage also includes the first name from the death notice of her eldest grandchild, Wolfgang von Portatius, my great-grandfather’s nephew, who died in France in October 1915 from wounds he sustained on the battlefield.”
“Consolidated Interrogation Report is composed on stills from a family film from 1940, in which my uncle is sitting on the lap of Hanskarl von Hasselbach, my grandfather’s friend from university. V. Hasselbach was one of Hitler’s personal physicians from 1936 to 1944, when he was dismissed for raising concerns about the medications Hitler’s chief physician, Theodor Morell, was prescribing, and was sent to serve in a field hospital on the western front. The text is cut from a photocopy of the 1945 US military interrogation of Hasselbach after the war, in which he provided details about Hitler’s anatomy and medical conditions.”

Monika Cassel is a poet and translator of German poetry. Her chapbook Grammar of Passage (flipped eye publishing, 2021) won the Venture Poetry Award. She is a degree candidate in poetry at Warren Wilson College’s MFA program and is a teaching artist with Writers in the Schools in Portland, Oregon.WEB    TWITTER